As of 2010, approximately 55,000km2, or 12% of Sumatra island, was subject to oil palm cultivation. This has resulted in the mass clearing of tropical forests, which has led to many isolated forest fragments, as well as the disruption of ecosystem functionality. While the impact of these activities on larger carnivores has been well-established, how they have impacted the ecology of smaller carnivores, including mustelids and viverrids, has been much less studied. Between June and December 2015, we conducted camera-trap surveys to investigate the activity patterns and habitat characteristics of small carnivores in Solok Selatan near Kerinci Seblat National Park, a region containing extensive oil palm plantations. We established a total of 15 camera-trap stations, including five cameras in each of three different habitats: fragmented forest, riparian zones and continuous forest. A statistical analysis was carried out using Generalized Linear Model (GLM) to assess the relationship between species richness among various habitat and covariates, then compared with Akaike Information Criterion (AIC) values to identify the most likely models were run in R statistic program. In general, the camera traps recorded seven species of small carnivore during monitoring, consists of one mustelid species exhibiting predominantly diurnal activity, and six viverrids that were largely active at night. Larger distances from the park edge were also associated with greater species richness at camera-traps, most likely because these species had become isolated in forest surrounded by completely unsuitable habitat. We conclude that this mixed oil palm landscape has negatively impacted small carnivore diversity and activity. 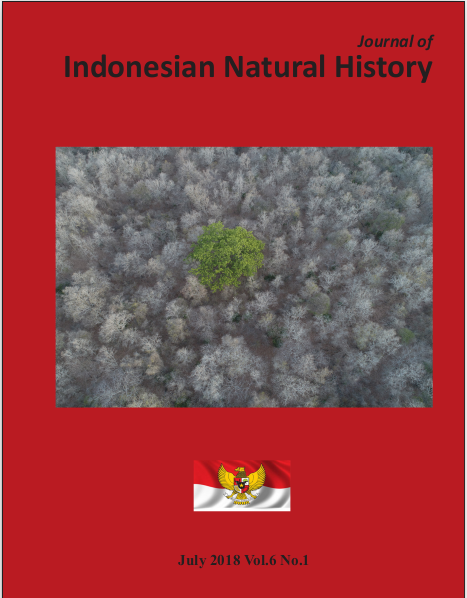